So, About That Secret Project… 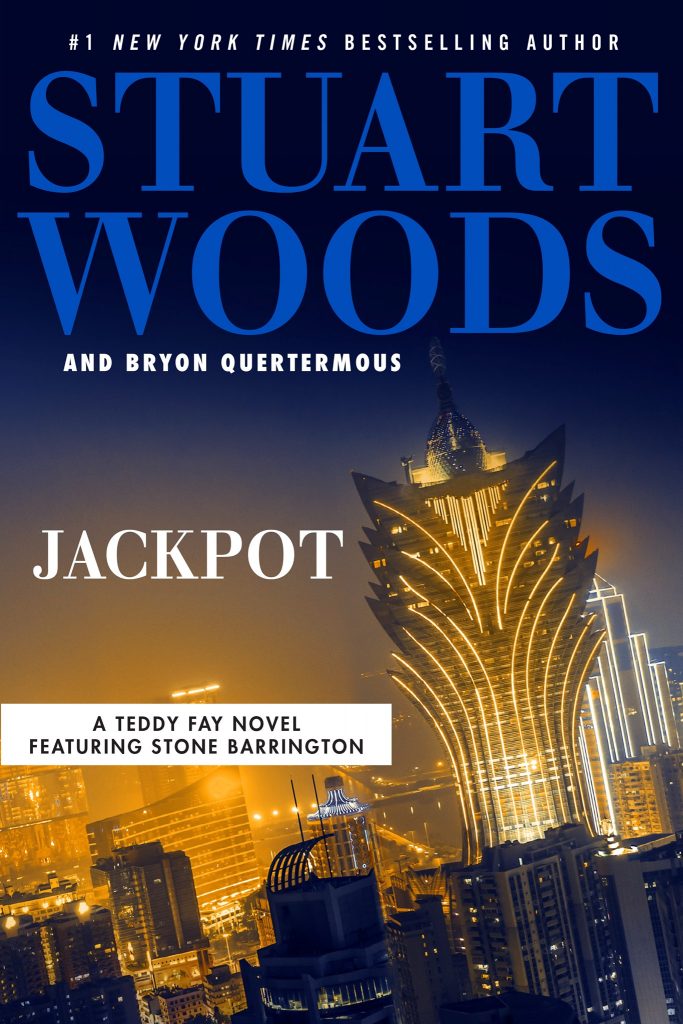 Remember that cool secret project I was working on? I can now officially announce that I co-wrote the new Teddy Fay book with Stuart Woods. It’s called JACKPOT and it will be published in June 2021, but it’s available for pre-order RIGHT NOW

From the Publisher: When Peter Barrington and Ben Bachetti come under threat while working at a film festival abroad, Teddy Fay is lured to the glittering city of Macau to resolve the problem. He’ll soon come to find that world of posh casinos, luxurious developments, and boundless wealth has a dark underbelly of crime and political intrigue . . . and that the biggest players behind the scenes may be far closer to home than anticipated. With international deals and private vendettas at stake, the villains behind the plot aren’t about to let Teddy stand in their way. What they don’t know is that this seemingly harmless film producer has more than a few tricks up his sleeve.

Co-writing is new for me and I loved it. I can’t talk as much about the process as I normally do because of contract requirements, but needless to say I learned a lot writing this book that I’ll be applying to all of the other books I write from here on out.

Previous: Some Thoughts on My Current Book
Next: Piano Man