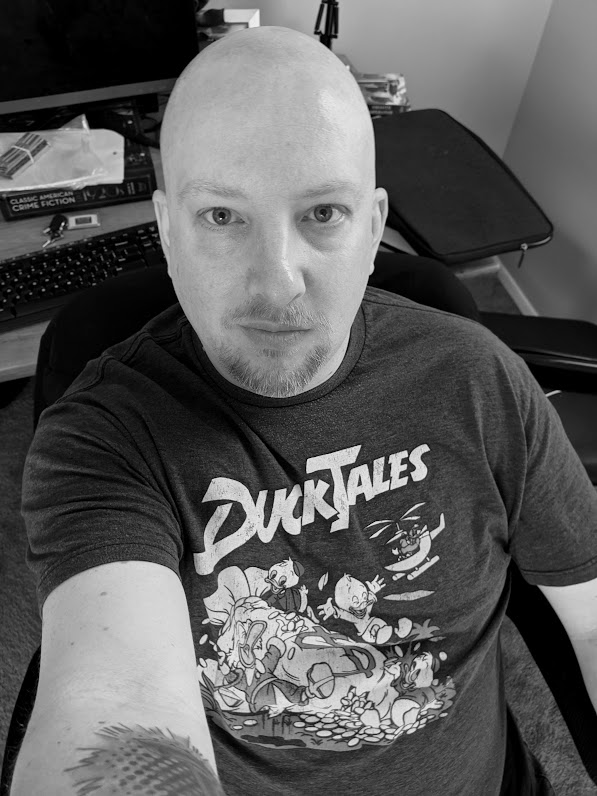 Personally and professionally, my twenties were almost an entirely wasted decade. Wasted time, wasted opportunities, and wasted mental space. My thirties dragged me into adulthood at warp speed, and I spent most of that decade catching up on life, making up for past transgressions, digging myself new holes, and getting myself out of those holes as well. So far, though, my 40s have been great as I’m finally in a place to really take advantage of the opportunities I’ve been given.

The first half of this decade was pretty much a blur. We had two little kids and were both working all the time. Our house needed work, our kids needed work, and the day-to-day aspects of life were all-encompassing. I’d mostly given up writing, unable to reconcile my desire to write PI novels with the fact that my writing talents were in other areas.

But things started to change toward the middle of the decade. The kids got older, Becky and I figured out how to make adult life work without going crazy, and I figured out what book I needed to be working on. I finished Murder Boy in 2013 and that became my first published novel in 2015. I wrote another novel that was published in 2016 and then ran into a bit of a wall writing the third book in that series. Part of it was  trying to do too much with the book I was writing, but a big part of it was that my foray into freelance editing that had been a fun side project in 2012 had blown up into a second full time job that paid much better than writing was and made it very hard to justify spending time away from my family and my editing work to work on novels.

Finally, the publisher and I agreed I should move on to another project that would grow my skill and widen my audience. I was making good progress on that book when a surprise opportunity presented itself toward the end of 2019 that took all of my writing effort. I started writing short stories again, publishing three of them (with another still on submission as the decade ended) and they are some of the best stories I’ve ever written. I’m incredibly excited about what the next decade has to offer, and 2020 particularly.

Family life also saw a bit of a surprise twist when Natalie came onto the scene in 2014. One baby wasn’t quite as hard as two back-to-back, but it still gave us a few years of being out of sorts. But again, by the end of the decade, things were looking up. All the kids were in school, Spenser and Holly are old enough to be handling a lot more responsibility around the house. And the house is a new one as well. Two measures of family success to my mind have been two-story colonial houses and mini vans. In 2019 we got both, capping a wild decade.

By the end of the next decade, Spenser and Holly will be in college, Natalie will be in high school, and I will, hopefully, have a more substantial body of work generating acclaim and income. In addition to publishing more novels, I’d love to get involved in movies and television. I’d also love to have another play produced this decade.

Personally and professionally I’m optimistic about 2020, but as far as the rest of society is concerned, I’m filled with dread. I don’t trust our elections and I don’t trust our government. I don’t trust a wide swath of our population to make anything approaching responsible decisions and I’m disappointed to see how far down the rabbit hole so many of my family members and former friends have fallen. I have no faith in religion anymore, so I’m staring at a decade that will likely test all of my patience, intellect, and compassion. I am determined to be a good person and a good citizen and do whatever I can to make this world better. And I know I’m not alone. Hopefully that’s enough.

Previous: One Word Resolution, 2020
Next: Back to the Blog (Not That I Really Left)